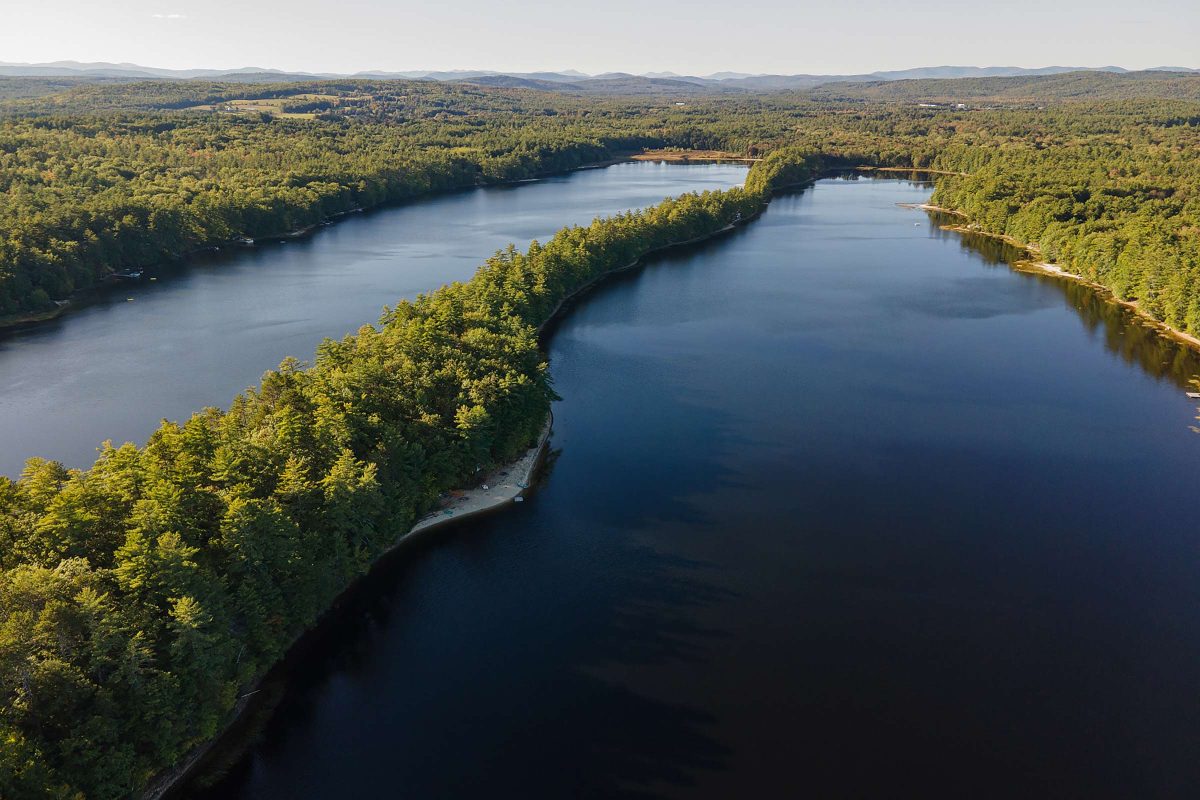 The beautiful state of Maine is an idyllic spot for outdoor enthusiasts, whether you’re a camper, hiker, or a sight-seer. While mention of the state tends to conjure many things to mind—think, coastlines, pine trees, lobsters, and snow—there are also loads of fun facts about Maine that exemplify just how special it truly is.

As a born and bred Mainer, I can tell you that nature and wildlife are at the heart of Maine’s culture. But you don’t have to take my word for it— I’ve got the fun facts about Maine to prove it! Here are twelve tidbits sure to blow your mind and inspire your next trip to Vacationland.

1. The Tallest Mountain in Maine is Mt. Katahdin

At 5,267 feet, Mt. Katahdin sits at the center of Baxter State Park and is a hotspot for hikers everywhere. The rocky climb up is well-known for being difficult even for experienced hikers, especially the portion of the hike named Knife Edge. The full length of the hike up and down Mt. Katahdin can be as much as nine miles, depending on your route. But, the views from the top are a sight worth seeing.

2. You Can See the Sunrise First in the U.S. in Maine on Cadillac Mountain

During the months of October to March, you can be the first to see the sun rise if you manage to get to the summit of Cadillac Mountain. This is one of many other mountains on Mt. Desert Island in Maine, and a part of Acadia National Park. You can drive up the Cadillac Summit road, about a thirty-minute drive, to reach the top and view the sunrise.

Tip From a Mainer: Sunrise is one of the busiest times at Cadillac Mountain, and the parking lots often fill up fast the closer to sunrise you get. Be sure to arrive super early!

3. Maine Has the Most Forest Land in the U.S.

It’s named the Pine Tree state for a reason. There are 17.7 million acres of woods covering the state of Maine—that’s almost 90% of its land. Another surprising fun fact about Maine? The state harvested timberland for over two centuries, yet there is only slightly less forest now than there was then.

A lot of Maine’s forests were cleared for agricultural land in the 1700s, but the majority of Maine’s woods were never touched.

4. The Appalachian Trail Ends in Maine

5. Bar Harbor Is Named After Its Sandbar That Appears During Low Tide

Kayakers await this sandbar’s low tide to help them more easily take off into the harbor. Others use the land as a bridge to Bar Island, part of Acadia National Park. The sandbar becomes accessible about two hours before low tide and two hours after. It’s also a perfect time to search the tide pools for creatures like snails, crabs, and sea stars.

6. Maine’s State Animal Is the Moose

The moose population runs at around 70,000—the highest in the U.S. outside of Alaska. Despite this large number, these animals are very solitary and seeing one is a rare occurrence. Moose are highly revered in Maine, and only by winning a lottery are hunters able to receive a permit to hunt them.

Fun Moose Facts: A moose can grow to be six-feet tall. The male’s antlers can spread as wide as five feet and are shed after mating season. They can also weigh up to over 1,000 pounds.

7. Ninety-Nine Percent of America’s Wild Blueberries Are Produced in Maine

Blueberries are a well-known Maine delicacy, wild blueberries being native plants to the area. These berries are also known as low-bush blueberries, which are packed with more antioxidants as opposed to the high-bush varieties. You can find hundreds upon hundreds of blueberry products in Maine, like jam, syrups, and the wild blueberry Maine potato donut pictured above from Maine’s iconic Holy Donut. There are even some more out-there offerings like blueberry hot sauce, or blueberry soda!

8. Sebago Lake Is the Deepest Lake in Maine

This lake, which is surrounded by the Maine towns of Casco, Naples, Raymond, Windham, Standish, and Sebago, has a maximum depth of 316 feet. Sebago Lake is also home to the town of Frye Island, which is a resort town where all residents are seasonal.

Sebago Lake is also the main (get it?) water supply for the Portland Water District, which provides water to the Portland area as well as 15% of Mainers.

9. Acadia National Park Is One of the Top-Ten Most Visited Parks in the U.S.

Acadia boasts around 3.5 million visits to the park each year, making it among the top-ten most visited. It’s easy to see why, with the unmatched beauty of the park, 158 miles of hiking trails, coastline along the Atlantic ocean, and 27 miles of motor roads throughout.

Tip from a Mainer: Acadia National Park is one of the best ways to experience the natural beauty Maine has to offer. The best time to go in order to avoid all the crowds, though, is just after Labor Day and into mid-September.

10. If Maine’s Coastline Was Stretched Out, It Would Reach California

Maine actually has more coastline than California, at 3,478 miles. This is due to the fact that Maine’s coastline is much more craggy, with a large amount of inlets. This is called the tidal coastline, which takes into account the shores of land forms such as islands and peninsulas. Without taking these into account, you get a general coastline of about 228 miles.

11. Billboards Are Banned in Maine

How’s this for fun facts about Maine? Maine is one of four states where advertisements on billboards are NOT allowed. In the 80s, governor James B. Longley enacted this ban and removed around 8,500 billboards. The state knew that one of the biggest reasons Maine was such a popular tourist destination is because of its reputation as a natural beauty. Billboards were taking up too much space in this scenery, so to protect it, they said sayonara.

Many know Maine boasts access to the ocean, but that’s not where its water attractions end. The state is home to thousands of lakes and ponds, each with their own beauty and legacy. Some honorable mentions are Moosehead Lake—the largest lake in Maine, and Flagstaff Lake, which flooded Flagstaff Village in 1949. The village still sits at the bottom of the lake to this day.

Maine also has some lakes with fun-to-say names like Mooselookmeguntic Lake, Cobbosseecontee Lake, and Damariscotta Lake.

Read Next: 10 Best Campgrounds in Maine

Maine is a beautiful state rich with history. The more fun facts about Maine you learn, the more interesting stories you discover. The best way to really appreciate Maine for all it has to offer is to visit. The feeling of being surrounded by forested land and wildlife, the salty ocean air, and Maine’s long and varied cultural history is much better experienced in person.

Kayla Dube grew up hiking and camping in Maine, which has since instilled a love for all things outdoors. Today, she lives within Appalachia in Tennessee, continuing to explore the wilderness as often as possible.