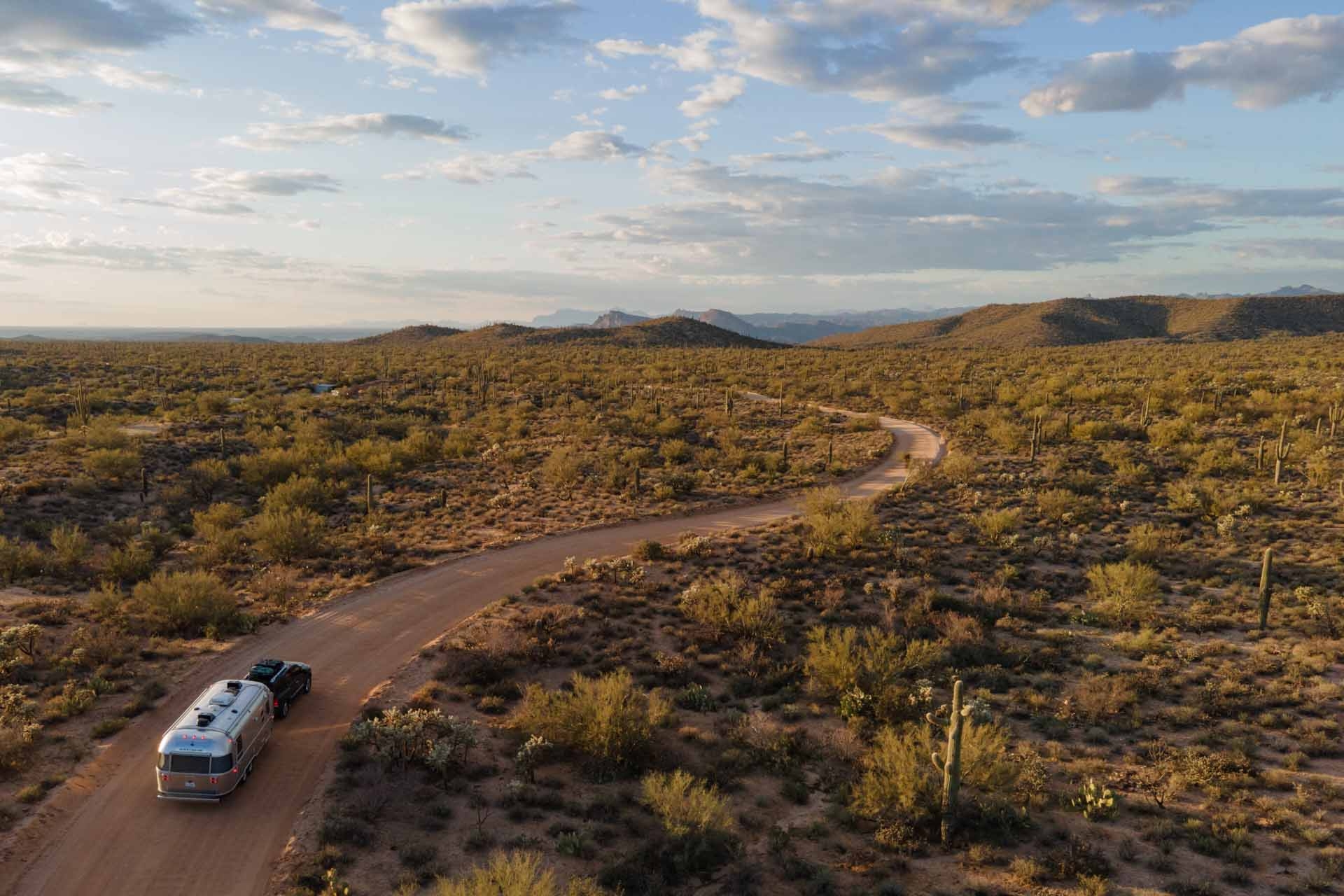 The Best Camping in Arizona

While Arizona is often called the Grand Canyon state, its offerings span far beyond the beautiful red rock canyons or sprawling deserts. In addition to these diverse and beautiful attractions, Arizona campgrounds also flaunt relaxing lakes, snow-capped mountains, and plenty of flora and fauna you won’t find just anywhere.

What’s the Best Time of Year to Go Camping in Arizona?

Summer. Kidding, don’t do that unless you’re up north. The northern section of the state sees much more moderate year-round temperatures and allows for comfortable summer camping. Spring and fall are the best times for camping in Arizona overall, especially in the central and southern portions of the state.

Note that winter camping in Arizona can be deceivingly chilly. Visitors often forget just how cold deserts get in late fall and winter, which results in inadequate preparation. The best overall choice is the milder temperatures of spring and fall when planning your Arizona camping trip.

What Are the Top Outdoor Activities in Arizona?

Hiking and camping in Arizona are always the most popular outdoor pursuits in the state. Off-roading and four-wheeling tend to be popular in states with large desert expanses, and Arizona is no exception. However, when winter rolls around, the hiking boots get packed up, and the northern sections of the state (see: Flagstaff) become hotspots for snow sports.

What Are the National Parks in Arizona?

Routinely one of the most visited and well-known national parks, Grand Canyon National Park has to be part of your itinerary when visiting the Grand Canyon State. For the serious adventurer, a rim-to-rim hike is probably on the bucket list, though it’s not for the faint of heart.

Hiking in the Grand Canyon in general requires careful planning and a high level of fitness, so plan your trip here accordingly. When camping in Arizona, and especially the Grand Canyon, remember that this is a land of extremes where summer temperatures soar, and winter lows can drop below freezing.

You’ve never seen cacti this big. We’re talking just unreasonably large, spiky plants. Luckily, that means they’re hard to miss, so you can hike through Saguaro National Park without fear. Proximity to Tucson means you’ll have a nearby city should you need anything, though once you get into the park, it’ll feel like you’ve left modern life behind.

Petrified Forest National Park is very much a choose-your-own-adventure scenario. You can spend just a couple of hours here and enjoy yourself, but it’s also one of the best spots for backcountry camping in Arizona. While there are no frontcountry campsites, those who don’t need amenities will love hiking into the park and sleeping under the stars. The best part is that backpacking wilderness permits here are free!

Of the six national forests in Arizona, the Coconino National Forest is easily the most popular. Near Flagstaff, this section of the northern part of the state holds beautiful forest land not seen in the southern half. Once you’ve seen the Ponderosa pine trees, make your way towards the Sedona section of the forest to see the famous red rocks.

What Are Some of the Most Popular State Parks in Arizona?

Like the name states, there is a natural bridge that brings visitors to this Arizona state park. Not just any bridge, though. It’s believed that the Tonto Natural Bridge is the largest natural travertine bridge in the world! The park exists around this marvel and draws visitors to the bridge as well as the short but challenging hiking trails surrounding it.

These are the red rocks that Sedona is so famous for. Red Rock State Park preserves nearly 300 acres of red sandstone and local trails for visitors to enjoy. While Arizona is a photographer’s dream in many ways, Red Rock State Park is easily one of the best places to shoot in the whole Grand Canyon State.

When it comes to camping in Arizona state parks, Lost Dutchman’s cabin setup is one of the more simplistic, but quite comfortable all the same. For those looking for something more rugged, there are plenty of tent sites at which to spend the night.

If you’re looking for waterfront camping in Arizona, there’s no place more popular than Lake Havasu State Park. With comfortable cabins and plenty of tent sites available, it’s easy to spend a relaxing weekend on the waterfront here. There are a few local trails that are not too challenging. Those looking for a more rugged outdoor experience will be better served at other Arizona state parks.

What Are the Top Attractions in Arizona?

The Heard Museum is one of the best places in the entire state to appreciate Native art. The history of the early people of Arizona is preserved here, with nods to the current art and culture of the state as well. If you plan ahead, pre-purchased adult and senior tickets are a bit cheaper than buying at the door.

Standin’ on the Corner Park

There’s a small park dedicated to the line in the Eagles’ song, “Take it Easy.” While the song came out in the ‘70s, the town of Winslow, Arizona, mentioned in the song decided to create a park in the late ‘90s to attract tourists.

While it’s really just a roadside attraction, it’s a classic photo op to prove you were there. Fun fact: the line is actually “standing on a corner in Winslow, Arizona,” but that didn’t stop this park from capitalizing on the mention.

The Heard is one of two must-see museums in Phoenix. The other is the Arizona Science Center (ASC). Perfect for families, the ASC has plenty of hands-on exhibits for budding science enthusiasts but has plenty to interest adults as well.

There’s not just one specific attraction in Tombstone, Arizona. The town itself is the attraction! Tombstone is an Old West town that transports you to the 19th-century history of Southeast Arizona. If you pick just one activity, though, the O.K. Corral reenactment is always the biggest draw.

Where’s Some of the Best Food in Arizona?

Beckett’s Table is a sophisticated spot without being overbearing. Expect high quality without the luxury price tag. This is a relaxed spot that routinely brings back locals and travelers alike because of its New American menu and a wine list that could use its own zip code.

You can’t pass through Arizona without finding an exciting Mexican restaurant for lunch or dinner. Elote Café puts inspired twists on classic dishes from the region to pair with its craft cocktail list. Whatever you’re ordering, make sure it has tequila in it.

The Mission’s Old Town Scottsdale location takes Latin cuisine and uses it as a canvas for imagination. The environment is upscale and lends itself to a Southwestern take on fine dining. This worldly spot serves inventive cocktails that you’d expect from an establishment like this, but the food menu is where it really shines.

If you’re heading to the corner in Winslow, Arizona, you’ve gotta stop in the Turquoise Room. You’re already in Winslow; why not kill two birds (just not Eagles) with one stone?

You’ll be surrounded by fellow travelers in this contemporary Southwestern-style restaurant located in the La Posada Hotel. The menu is upscale but simple and to the point. Our advice? If it has carnitas in the name, order it.

Arizona is a land of extremes, and when camping in Arizona, you definitely have to do some planning. That being said, in a state that is 57% public land, you’ll have ample choices when deciding where to park your camper or set up your tent.