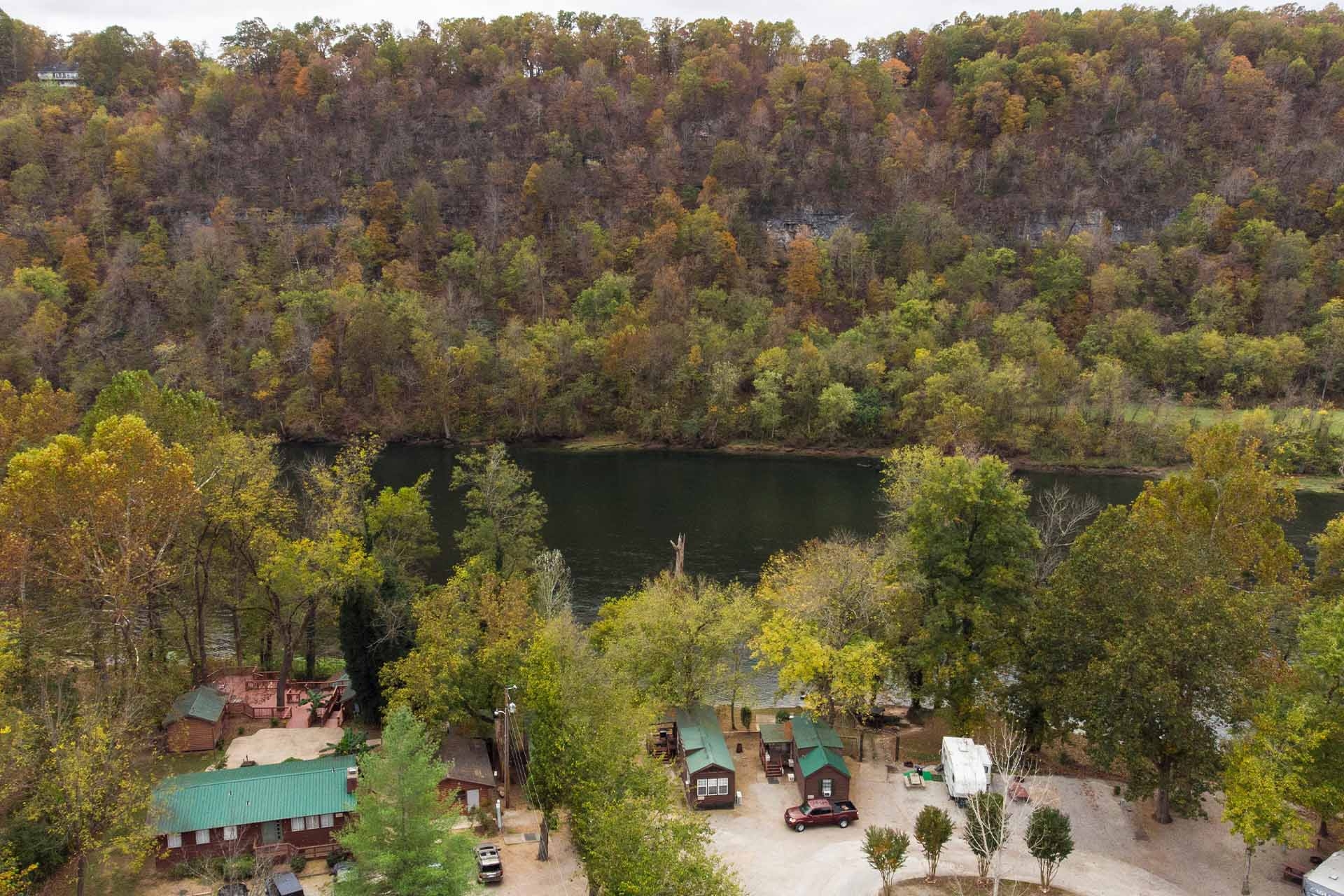 The Best Camping in Arkansas

Whether you’re on the lookout for a thrilling whitewater expedition or a family-friendly lake retreat, you’ll find it while camping in Arkansas. Choose from waterfront getaways or secluded forest cabins and enjoy landmarks like Hot Springs National Park.

Arkansas is known as the “Natural State” for a reason! Breathtaking vistas, relaxing lakes, and river recreation opportunities abound when you’re camping in Arkansas. Unwind in natural hot springs, hike through national forests, or try your hand at off-roading. No matter your definition of fun, Arkansas has it in spades!

Camping in Arkansas tends to happen largely in the Ozark Mountains and national forest land. Though it’s not one of the larger states in the U.S., Arkansas packs a good amount of hiking and camping options into the green, temperate sections of the state.

What’s the Best Time of Year to Go Camping in Arkansas?

You can go camping in Arkansas any time of year if you find the right spot. If you’re higher up in the Ozark Mountains, you’ll find moderate temperatures throughout late spring and into the summer. However, for most of the state, camping in fall and spring is best.

What Are the Top Outdoor Activities in Arkansas?

There’s so much to do in the Arkansas outdoor scene! You can hike and camp year-round thanks to the state’s fairly mild weather. However, one of the biggest draws to Arkansas is its mountain biking opportunities, with the northwestern part of the state being a hotbed for mountain bikers.

What Are the National Parks in Arkansas?

The state only has one true national park, though it’s not the best place for camping in Arkansas. You have better options throughout the state thanks to the expansive national forest land, especially in the Ozarks.

Hot Springs is a great day trip, though camping options are pretty light. If you’re looking for some of the best camping in Arkansas, you’ll have to go elsewhere. That being said, the park does have one established campground: Gulpha Gorge Campground.

The Ouachita National Forest reserves some of Arkansas’ most beautiful forest land. Campers and hikers alike will love spending time in this national forest, especially in the cooler months. With miles of off-road trails, overlanders and off-road enthusiasts will also find a playground here, enjoying some of the best off-roading and dispersed camping in Arkansas.

This national forest protects more than 1 million acres of Northwest Arkansas. While hyphenated, the Ozark-St. Francis National Forest actually has two separate units (the Ozark and St. Francis National Forests) that are managed together. While you can disperse camp here, established campgrounds are also abundant, and most are either free or charge a nominal fee per night.

There aren’t many undammed rivers in the continental United States, but the Buffalo River is one of the few we still have. Well over 100 miles of free-flowing water is protected at this national river, making it a popular warm weather destination for floating and swimming.

What Are Some of the Most Popular State Parks in Arkansas?

Named for the major mountain, Petit Jean Mountain, this state park holds roughly 3,500 acres of central Arkansas. One of the biggest draws here is the historic lodge, though there are also plenty of waterfalls and beautiful overlooks to enjoy. The lodge isn’t the only option for stays, though, as there are several cabins and RV spots, perfect for camping in Arkansas if you’re pulling a trailer.

Lake Ouachita is the largest lake in the state of Arkansas, making this park the perfect summer weekend destination. You have a wide variety of water sports to choose from, especially if you’re a fishing enthusiast as there are several species here to go after.

Mammoth Spring State Park, unsurprisingly, holds an absolutely massive natural spring. Mammoth Spring itself pours out 9 million gallons of water each hour and is one of the largest springs in the world. While there, make sure to check out the Frisco train depot and museum. If you’re looking to go camping in Arkansas, though, you’ll need to make other arrangements. Mammoth Spring is based around day trips and shorter visits.

If you want a relaxing getaway, Lake Catherine State Park is one of the best choices in the entire Arkansas state park system. It’s centered around a lake and features a full-service marina, making it easy to spend hours relaxing on the water at this state park. Those looking for more luxurious camping in Arkansas will be pleased to find 20 well-equipped cabins to choose from.

What Are the Top Attractions in Arkansas?

This museum houses an astonishing amount of American contemporary art, “from Rockwell to Warhol.” The museum itself isn’t the only attraction, with 120 acres of the Ozarks in the museum’s backyard for you to explore!

The capital city has a zoo that’s roughly a century old and attracts crowds every year. This zoo has over 200 species and operates to “inspire people to value and conserve our natural world.” If you want to add the Little Rock Zoo to your itinerary, your best choice is to make a day of it. If you’re short on time, though, you can see all the highlights in just a couple of hours.

This is an architectural marvel hidden away in Eureka Springs. You might’ve seen this airy woodland chapel on your Instagram feed without knowing what it actually was. This chapel is fully functional and open for weddings, though visitors can walk through free of charge (donations are optional) to take pictures and enjoy its stylings.

There’s no better way for the whole family to beat the heat than Magic Springs Theme and Water Park. Like Disneyland, you can access a pair of parks. Unlike Disneyland, you won’t need to offer an arm and/or leg to get access to both of them on the same ticket.

Where’s Some of the Best Food in Arkansas?

No, it’s not a play on the Aldous Huxley novel. It’s just a brave new restaurant. This cozy upscale casual spot is familiar yet still exciting. The New American-style menu is almost as enticing as the views from the river you get when you dine on the balcony.

This is a top 10 restaurant name if we’ve ever seen one. Though you won’t have to contend with any sort of angry bunny, you might have to contend with crowds of people excited to stop at this restaurant in downtown Lonoke. When you’ve finished your morning stroll through the street of historic Lonoke, Arkansas, this American-style spot will be calling your name.

No, it’s not the one that also offers a foot massage (that one is in Chicago and doesn’t technically exist). This is a real barbecue joint serving Arkansas-style barbecue. If you were wondering whether you can get good barbecue in Arkansas besides what Little Rock offers, the answer is yes. Jones Bar-B-Q has been proving that for more than a century and doesn’t look to be slowing down anytime soon.

This old-school spot is in a traditional Italian-American style but with an Arkansas twist and has been the same way since 1947. You’ll feel right at home with these classic Italian dishes and an exciting wine list. If you’re ready to take a nap after a hefty meal here, you’ll want to note that it’s just called the Venesian Inn. There isn’t actually an inn, so you’ll want to make other arrangements for your food coma.

Camping in Arkansas offers some of the best natural beauty in the southern United States. With miles of trees and forest to explore, the Natural State truly lives up to its name.