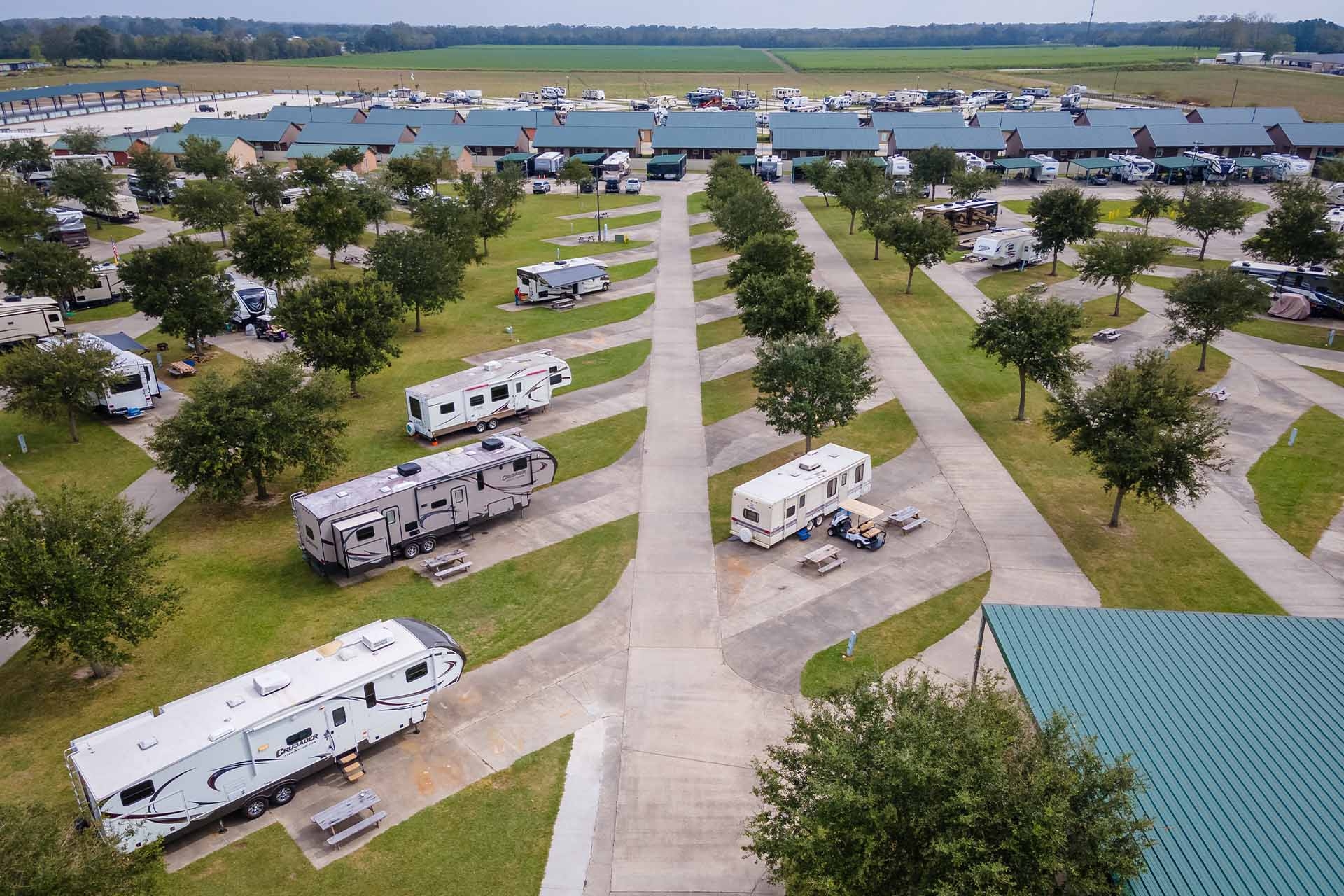 The Best Camping in Louisiana

Campgrounds in Louisiana feature activities ranging from kayaking, hiking and fishing to wildlife viewing and even exploring water parks! The whole family can enjoy the vast variety of natural attractions and unique landscapes when camping in Louisiana.

Known as a sportsman’s paradise, Louisiana is home to the largest wetland and swamp in the United States, as well as five breathtaking national parks. Deep cultural roots, tons of opportunities for wildlife sightings, and unmatched wilderness preserves pervade the deltas and forests of the Pelican State. Camping in Louisiana offers the ideal mix of adventure opportunities and natural beauty.

Louisiana might be known for its culinary scene, but it also offers under-the-radar outdoor pursuits that can surprise you. This tree-lined state has plenty of forestlands to enjoy, and camping in Louisiana is an experience that many travelers might never, but should, properly appreciate.

What’s the Best Time of Year to Go Camping in Louisiana?

Fall tends to be the best time for camping in Louisiana, though winter is a good choice if you’re willing to brave the chillier weather. Most of the winter is comfortable, with overnight lows hovering around 40°. However, temperatures can drop below freezing overnight from time to time.

The Bayou State sees hot and humid summers that are not particularly conducive to camping. Camping in Louisiana in the springtime is a bit more comfortable than summer, but campers will be happiest from mid-fall to early spring.

What Are the Top Outdoor Activities in Louisiana?

When you’re here, you want to be out on the water. Whether it’s an airboat or kayak, most months are comfortable enough to participate in water sports. With forestlands throughout the state, though, hiking enthusiasts will be perfectly happy as well.

What Are the National Parks in Louisiana?

There aren’t any true national parks in Louisiana, though there are several interesting National Park Service (NPS) sites that explain the history of the Bayou State.

There’s nothing more integral to the soul of New Orleans than jazz. For a short time, the NBA team there even bore the name Jazz. What other national park has live music while simultaneously telling the story of the area? Music and national park enthusiasts can come together for a great time at this site. Unfortunately, this isn’t a spot for camping in Louisiana, but the city itself holds plenty of great options for stays.

The Kisatchie National Forest is the only national forest here and also the best place for free camping in Louisiana. Just under 1,000 square miles, it offers a variety of multi-use trails for hikers, bikers, and riders to enjoy. Since this is the Sportsman’s Paradise, hunting is also allowed in certain seasons and under certain regulations.

Like Kisatchie, Alexander State Forest is the lone representative in its category. Named for the state’s first commissioner of conservations, M.L. Alexander, this park has existed since 1923. Now, the park protects 700 acres of central Louisiana, with three-quarters of the park reserved solely for recreation.

While not an option for camping in Louisiana, Cane River Creole National Historic Park tells the story of the Creole. Two Creole cotton plantations still preserve the history of the area, with guided tours available.

What Are Some of the Most Popular State Parks in Louisiana?

On the shores of Lake Pontchartrain, Fontainebleau State Park is the perfect place to spend a day on the water if you’re visiting anytime from spring to fall. Unique to this park is an old railroad track that splits the park. Of course, the rail isn’t operational as it has been converted into a trail for visitors to enjoy.

Bogue Chitto State Park is one of the newer additions to the Louisiana state park system but quickly gaining popularity. Established in 2010, this park is centered around a system of rivers, offering visitors exciting views that change day by day. Bogue Chitto has a network of swamps that Louisiana is known for, as well as ample room to set up camp after a long day by the water.

What Are the Top Attractions in Louisiana?

This obviously has to top the list of attractions in the Bayou State. When people think of Louisiana, the French Quarter comes top of mind. There is plenty of room to explore in this walkable section of the city, with great waterfront access overlooking the Mississippi River. With Café Du Monde, live music, and all the charm of New Orleans architecture, the French Quarter cannot be missed.

If your travel companions aren’t always sold on museums, this one might just be the olive branch. This living history museum not only preserves beautiful 18th and 19th-century homes, but it also features live music and an on-site restaurant. For those looking to learn about the history of Louisiana, Vermilionville interprets the stories of Native Americans, Creoles, and several other groups who lived in the state until the end of the 19th century.

You can’t visit Louisiana without a swamp tour! While the name may not sound appealing at first, this is the best way to properly appreciate the biodiversity of the Bayou State. You’ll ride through the swamp among the hanging moss while your tour guide points out the variety of animals both hiding away and in plain sight.

Manicured gardens surround this unique collection of art and rare books. The R.W. Norton Art Gallery is an overlooked keeper of American and European art and literature. Note that the gallery only opens in the afternoon from Thursdays through Sundays.

Where’s Some of the Best Food in Louisiana?

You can’t come through Louisiana without trying Louisiana-style seafood. This small, locally owned and operated establishment serves up some of the best seafood in a very competitive culinary scene. Parrain’s is unfussy, preferring to let the food lead the way. No matter where you are in the Bayou State, this restaurant should be on your itinerary.

You don’t have to sit down and stay if you have places you need to be, but you do have to visit. The French Market location of Café Du Monde is the original, so if you visit just one, make it this one in the French Quarter section of New Orleans.

Just because you aren’t in New Orleans doesn’t mean you have to give up the French Quarter. Modeled in a style similar to the French Quarter, The French Press is the best brunch spot in Lafayette. This home-style restaurant serves up the best of both American and French fares in quintessentially Cajun stylings.

Galatoire’s isn’t just a restaurant—it’s an institution. Drawing on French and Creole foods, this upscale restaurant offers the best fine-dining experience in the Bayou State. There are two options here: Galatoire’s itself or Galatoire’s 33 Bar and Steak. While Galatoire’s has a dress code and requires jackets for dinner, the Bar and Steak is better for those wanting a casual dining option.

Louisiana is propelled by its food and culture, but that’s not all it has on the menu (pun intended). With a wealth of outdoor activities and great camping in Louisiana, it’s easy to see why it’s called Sportsman’s Paradise.