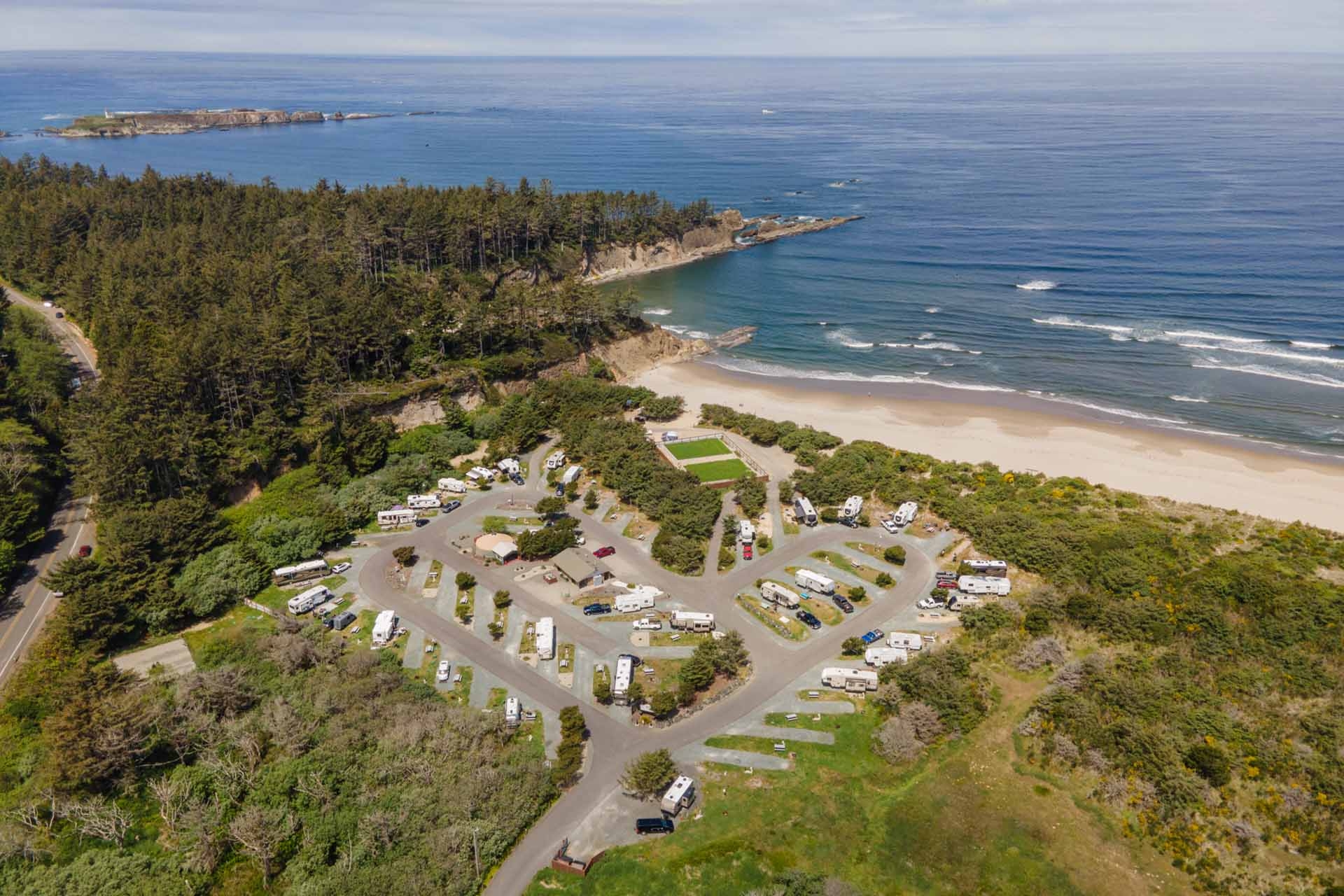 The Best Camping in Oregon

Camping in Oregon makes it onto many people’s bucket lists, and for many good reasons – otherworldly waterfalls, scenic coastlines, and dramatic rock formations being just a few. Browse this list of Oregon campgrounds to find the right spot for your adventure in the Beaver State.

Whether your soul is seeking a hideaway among the comfort of the trees or whether you’re craving the sea breeze, camping in Oregon has you covered. From the picture-perfect scenery at Lost Lake to the underrated Samuel H. Boardman State Scenic Corridor, Oregon’s sights are nothing short of stunning. Waterfall lovers, have no fear: Multnomah Falls and Silver Falls are among the best of the best.

The Pacific Northwest is one of the best places for outdoor activities in the United States, and Oregon is no exception. Camping in Oregon is characterized by dense forests and coastal rocky outcroppings, making for stunning views all year long. Its moderate weather makes it a perfect summer destination.

What’s the Best Time of Year to Go Camping in Oregon?

Like much of the Pacific Northwest, anytime is a good time to go camping in Oregon. Oregon camping has a traditional season that runs from late spring to early fall, though you can extend that into late fall if you like. If you’re up for some winter camping, Oregon has several areas, especially in higher elevations, where you can cold-weather camp.

What Are the Top Outdoor Activities in Oregon?

Hiking, camping, and water sports reign supreme when the weather is favorable. You’ll also find plenty of bikes on both the roads and mountain trails. With long and temperate summer days, kayaking is a preferred water sport for Oregon adventurers, though hiking and camping in Oregon never goes out of style.

What Are the National Parks in Oregon?

There’s only one national park in Oregon. However, the state also has a wealth of national forest and state park land to enjoy.

The only national park in Oregon, Crater Lake tends to be middle of the pack when it comes to visitation. In peak season, though, you’ll definitely have the opportunity to make friends. Winter campers won’t have many services, but you’ll still be able to enjoy the beauty of Crater Lake.

When it comes to popularity, Crater Lake is going to be one of the hot spots for camping in Oregon in warm weather. There’s only one established campground in the park, Mazama Campground, which books up well in advance. Plan far ahead or utilize one of several nearby camping options.

Bearing the same name as the river (and the brewing company, of course), Deschutes is one of the more popular national forests in the state but not the most visited. With nearly 2 million acres accounted for in the Deschutes National Forest, you’ll have ample trails to trek through. If you’re looking for dispersed camping in Oregon, Deschutes makes a strong case.

Mt. Hood is easily the most trafficked national forest in Oregon, and we can see why. Holding the highest peak in Oregon at just over 11,000 feet, the mountain that the forest is named for takes center stage. With a steady supply of adventurers looking to climb Mt. Hood (or just enjoy a day in the forest), this is one of the most popular outdoor destinations in Oregon.

While it doesn’t have the name recognition of Deschutes or Mt. Hood, the Willamette National Forest is one of the more popular options in the state. The casual traveler might not be aware, but locals know that the Willamette holds beautiful waterfalls and mountain peaks. If you want to opt for something a little more unique, put this on your itinerary for camping in Oregon.

What Are Some of the Most Popular State Parks in Oregon?

Located in Central Oregon’s High Desert (yes, there is a high desert in Oregon), Smith Rock is one of the more popular state parks in a highly competitive system. While states like California and Utah boast robust state park systems, Oregon competes with the best of them. If you only do one thing in this park, make it the Smith Rock hike. It’s 10 miles long, but it’s worth every step.

While a popular destination for camping in Oregon, Fort Stevens gets its significance from World War II. Japanese forces fired at the fort, making Fort Stevens the first military installation (in the continental U.S.) to come under fire. History fans won’t be the only ones able to appreciate this spot, though, as it’s a great place for hiking, camping, and an array of water sports.

The aptly named Silver Falls State Park holds a variety of waterfalls, including some of the most beautiful in the state. At over 9,000 acres, it’s actually the largest park in the Oregon state park system. It’s just a short drive from Salem, making it a convenient day trip for those visiting the capital city. It is also, of course, a great option for camping in Oregon if you aren’t staying in the city.

What Are the Top Attractions in Oregon?

Designed in the early 1960s, this garden evokes classic Japanese stylings and creates a peaceful environment for visitors. While you don’t have to spend a whole day here, you should at least plan for an afternoon so you can walk the grounds and enjoy the garden itself.

If you want to see one of the best aquariums in the country, look no further! The Oregon Coast Aquarium has been consistently ranked as one of the top aquariums since its opening in the 1990s. You’ll be treated to an immersive experience when you visit, but those short on time can hit the highlights in around 1.5 hours.

Cannon Beach is a quaint little Oregon city that gets traffic in good weather as visitors come to see Haystack Rock. You’ve likely seen pictures of Haystack Rock, even if you haven’t seen it in person. We noted Cannon Beach instead of just Haystack Rock because the whole town is an exciting place to see, with refreshing coastal air and some great food and sights.

Bibliophiles, rejoice! Head to Portland to take in the world’s largest bookstore, selling both used and new selections. We aren’t just talking big bookstore, though. This thing takes up the entire block! Be careful if you take your literature-loving friends here; you might lose them.

Where’s Some of the Best Food in Oregon?

The name is unassuming, but the food is astonishing. This small spot isn’t shown the love it properly deserves, but those in the know are treated to an experience at this French spot. Located in downtown Jacksonville, this quaint little bistro sources high-quality, local ingredients to bring you an inspired menu.

Oregon is a hotbed for French cafes, it turns out. Formerly known as Jen’s Garden, Cottonwood Café offers prix-fixe dining with three and five-course French options. While the feel is fine dining, the new look of this café is more approachable (and more wallet-friendly).

If you want fine dining, this is the place to go. The Painted Lady offers an eight-course tasting menu in a beautifully converted Victorian home. You’ll feel like you’ve stepped into a movie, but it’s a very real experience you’ll never forget. Prepare for fine dining prices, but it’s a great anniversary or special occasion meal.

A food truck on the list of best places to eat in Oregon? You better believe it! This small set-up in Portland serves up some of the best Chinese food you’ll have in the city. If you’re short on time, this is the ideal grab-and-go option.

Oregon is so varied, but that also means there’s something for everybody. Whether you want to go camping in Oregon’s forests or enjoy fine dining in a charming coastal town, the state has what you never knew you needed.