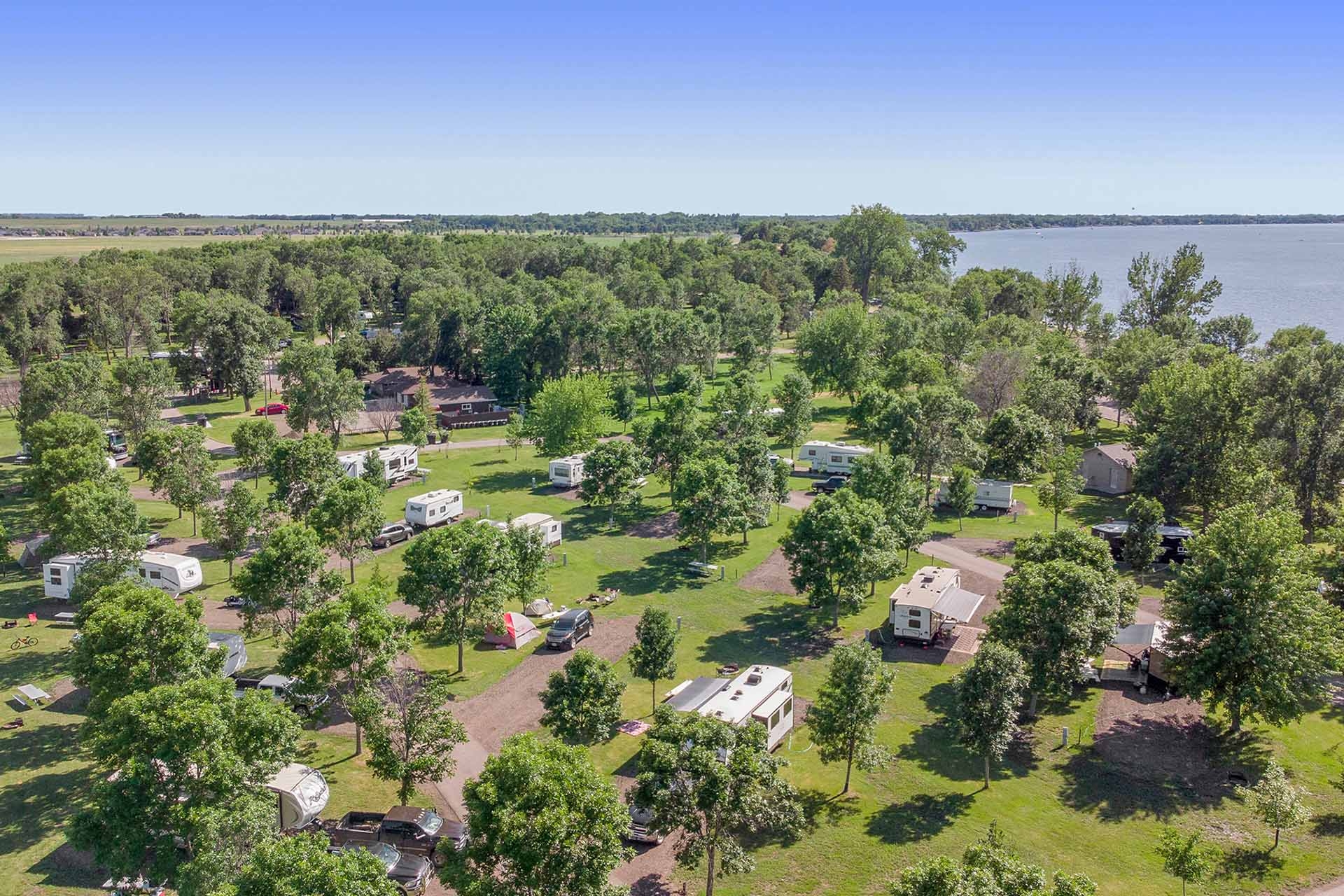 The Best Camping in South Dakota

From the relaxing beaches of Lake Kampeska to the sparkling caverns of Jewel Cave National Monument, camping in South Dakota is nothing if not diverse. Explore the list of South Dakota campgrounds to get your visit to the Coyote State planned!

Go for a swim, cast a line, explore cultural monuments or journey through over 130 miles of caves—the options are endless when you go camping in South Dakota! Stunning scenery lies waiting throughout the state, from the cliffs of Palisades State Park to the waterfalls at Spearfish Canyon. Plus, it’s not everyday you can check out 26,000 year-old mammoth remains.

Though located in the Great Plains, South Dakota feels like a strongly western state. From its cowboy heritage to the spirit of exploration that still lives on, camping in South Dakota offers a unique experience for every traveler.

What’s the Best Time of Year to Go Camping in South Dakota?

What Are the Top Outdoor Activities in South Dakota?

South Dakota is characterized by its great hiking and camping, but mountain biking enthusiasts won’t be disappointed either. Camping in South Dakota treats visitors to an array of colors and weather patterns throughout the year.

What Are the National Parks in South Dakota?

While the whole state is an outdoor playground, there are only two established national parks, and both are on the smaller side.

Wind Cave National Park tends to play second fiddle to Badlands, but it has plenty to offer in its own right. While it has several great above-ground hikes, the cave systems here are what draw the visitors. Holding one of the most complex cave systems in the world, this national park offers plenty of tours to fit various levels of fitness and interest.

Badlands is the premier outdoor destination in South Dakota. With geological formations that make you feel like you’ve left Earth and arrived on a distant planet, Badlands is a playground for the imagination. The abundant wildlife makes for great photography opportunities as well. If you’re camping in South Dakota in the off-season, Badlands is one of the few national parks to offer a free established campsite on the park’s grounds.

Located near Wind Cave is the expansive and beautiful Black Hills National Forest. Preserving more than 1 million acres in the southwest corner of the state, visitors head through Black Hills National Forest to get to many of the best destinations in this section of South Dakota. If you’re looking for free camping in South Dakota (besides the campground in Badlands), this is going to house the most popular destinations.

Spelunkers will be right at home in South Dakota, but especially in Jewel Cave National Monument. It holds the third-longest cave in the world, which means you can keep visiting Jewel Cave and still see something new every time. If you aren’t headed underground, you can still enjoy several easier surface trails for a different view of the park.

What Are Some of the Most Popular State Parks in South Dakota?

When you have a park like Custer State Park, everyone else is racing for second. Seriously, Custer State Park is one of the most incredible state parks in the country and cannot be missed. Even if you’re short on time, driving the Wildlife Loop Road is a must-add to your itinerary. This is one of the most popular destinations for camping in South Dakota, and not just in the state park system!

Towering quartzite formations line the water in this picturesque state park. For photographers, this is a must-see (and a must-photograph)! Climbers, hikers, and backpackers can all also find something to love in this park.

While not a massive park, Newton Hills offers a different look into the ecology of South Dakota. This state park offers visitors plenty of multi-use trails that cut through dense forest land as well as the state’s iconic rolling hills. Birders will love this park, as it’s home to more than 200 different bird species.

If you’re passing through Sturgis or anything in that section of the state, Bear Butte State Park is right on the way. The major formation, Mato Paha (“Bear Mountain” in English), is one of a handful of large formations in the park. Mato Paha, specifically, is considered sacred to some of the surrounding Native tribes, and visitors are asked to respect it as such when visiting.

What Are the Top Attractions in South Dakota?

The whole list of top attractions could just be Mount Rushmore. Not only is it one of South Dakota’s most iconic attractions, but it’s also one of the best-known locations in the country. Whether you want to make a day of it and walk some of the trails, or just take some photos of the presidents in the rock is up to you. If you’re on that side of the state, though, it’s worth a visit. While you can’t stay overnight, Mount Rushmore is near several great spots for camping in South Dakota.

While it seems it should be in Nebraska, this palace of corn is located in Mitchell, South Dakota. In fairness, it’s also made of grain, oat, grass, and other things more traditionally associated with South Dakota. Regardless, it’s a sight to behold and something you ought to see at least once in your lifetime.

Nope, it isn’t in Nashville; it’s in Vermillion, South Dakota. This tribute to the history of musical instruments features a significant collection of historical musical instruments and their history. A worthwhile stop for music and history fans alike.

This memorial, depicting the famous Oglala Lakota warrior, Crazy Horse, is the largest mountain carving in the world. The interesting catch here is that it’s unfinished. Crazy Horse’s face has been finished for years now, but the rest of the body is still a work in progress with no real timetable for completion. Still, it’s the largest mountain carving in the world and worth the trip.

Where’s Some of the Best Food in South Dakota?

The oldest full-service restaurant in Brookings, The Pheasant has been around since 1949 and still remains a family-owned establishment. This is the place to grab dinner if you’re in Brookings, especially if they’ve got live jazz that night.

South Dakota is a cattle state, so there’s going to be a myriad of good steakhouses here. While you’re more than welcome to try them all, this is the one you need to stop at if you don’t have time for a meat-based pilgrimage.

This classic tavern is a Rapid City staple for casual dining and nights out. Rapid City is a fun city and worth the visit, but it’s also just a main stopping point if you’re coming from the western part of the state. With plenty of taps to choose from and a great pizza menu, plan on having a sit-down lunch and a slow afternoon once you’re done.

Grille 26 does high-class American fare but offers it up in a contemporary and approachable setting. This is a worthwhile stop if you want to explore the culinary scene in Sioux Falls. Located in an older section of the city, Grille 26 is equal parts history lesson and food tour.

South Dakota is expansive, rugged, and in many ways, ethereal. While not everyone has either of the Dakotas on their bucket list, this underappreciated section of the country holds a beauty that the casual traveler may never know about. If you look just a bit under the surface, you’ll find that both the cultural scene and camping in South Dakota have their own excitement and appeal.