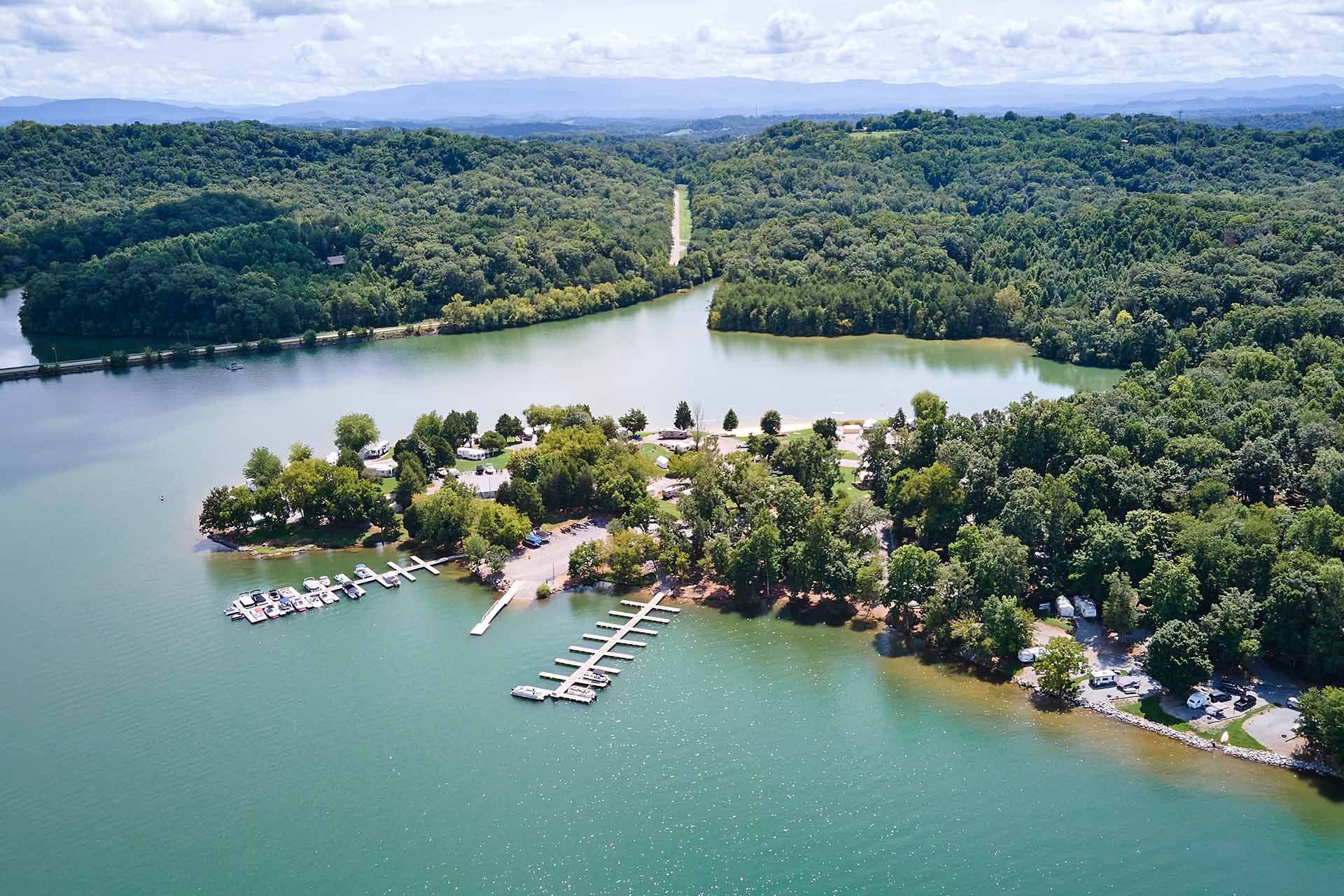 The Best Camping in Tennessee

Best known for the Great Smoky Mountains, camping in Tennessee bursts with breathtaking views, serene swimming holes, and ancient geological wonders. Take a look at this list of Tennessee campgrounds to start planning your next adventure!

Whether you’re looking for jaw-dropping mountain vistas, mystical underground waterfalls, or a laid-back stay in the countryside, camping in Tennessee checks all your boxes. Go for a hike in the Great Smoky Mountains, explore The Lost Sea, or take in the gorgeous foliage on a canopy walk. Whatever your camping speed happens to be, you’ll find ideal activities camping in Tennessee!

The Volunteer State is associated with Great Smoky Mountains National Park, but there’s more than just this one option for camping in Tennessee. Tennessee is perfect for hiking and camping year-round with a wide variety of outdoor destinations and a robust state park system.

What’s the Best Time of Year to Go Camping in Tennessee?

Camping in Tennessee is comfortable most of the year as long as you’re in the right section of the state.

The closer you are to the Great Smoky Mountains, the more moderate you’ll find the warmer months.

Conversely, the Smokies can get quite cold in the winter, so you may want to consider moving further west if winter-camping in Tennessee. The entire state can get cold during the winter, but you can enjoy more moderate temperatures outside of the most mountainous sections.

No matter where you are, fall is the most beautiful time of year to be outdoors in the Volunteer State.

What Are the Top Outdoor Activities in Tennessee?

The top outdoor activities in the Tennessee metropolises are live music and pedal biking, and you should absolutely partake in both. If your travels take you beyond the entertainment epicenter of Nashville, you’ll find that Tennessee offers some of the better hiking in the eastern United States.

Camping and hiking are king of these nature activities, but they aren’t the only game in town. Tennessee offers solid opportunities to climb and kayak as well, especially in the Tennessee River and Chattanooga’s Sunset Rock area respectively.

What Are the National Parks in Tennessee?

While Tennessee is filled with mountains and trees, there’s only one national park here: Great Smoky Mountains. That being said, it’s one of the most visited national parks in the U.S. and the most popular destination for camping in Tennessee.

If you don’t have a national parks pass, you’re in luck! Great Smoky Mountains is one of the few national parks that doesn’t charge an admission fee. That does mean that this beautiful piece of public land sees millions of visitors a year and the summer season is packed. If you don’t mind the crowds (or go in the offseason), you’ll be treated to some of the best hiking and camping in Tennessee.

You’ll find this Tennessee national forest just next to Great Smoky Mountains National Park. If you’re looking for something off the beaten path (or just want to skip the crowds), you’ll get many of the benefits of Great Smoky without its drawbacks at Cherokee National Forest. Great Smoky actually splits this national forest in two, so you’re better off picking just one section if you’re short on time. The northern section tends to be the fan favorite.

Big South Fork (ironically located in Northern Tennessee) holds more than 100,000 acres of public lands. Head over to this beautiful site to avoid crowds while still exploring a developed area.

The National Park Service (NPS) runs this site, so it’s not a spot for dispersed camping in Tennessee. You’ll need to reserve spots here like you would at any other NPS site. Note that Big South Fork straddles the border with Kentucky, but two main campsites are on the Tennessee side.

This isn’t so much a place for camping in Tennessee as it is for hiking. While you can absolutely camp here, the bigger draws are the hiking sections of the ever-popular Appalachian Trail (AT). If you don’t have time for a thru-hike, but you want to participate in this long-standing tradition, 1 to 3 days on the AT is a good compromise.

What Are Some of the Most Popular State Parks in Tennessee?

Falls Creek is routinely one of the most-visited Tennessee state parks. While it has the greenery and tree cover of its Tennessee park counterparts, the big draw here is the waterfalls, as the name suggests. The park’s namesake is one of the highest waterfalls in the country, at 256 feet tall.

Rock Island is your spot if you want to chase waterfalls in a less populated Tennessee state park. While it doesn’t have a 256-foot waterfall, it does have its fair share of waterfalls, hiking trails, and fishing opportunities.

Note that while Rock Island is less trafficked than Falls Creek, it is still a popular destination, and you may want to show up early to get a parking spot during the summer season.

Cummins Falls State Park is a day-use area that’s less developed than many of its Tennessee state park counterparts. If you’re looking to live out your Jack Kerouac fantasies, though, this is the place to do it. With rugged terrains reminiscent of Tennessee’s early history, you’ll have to earn the right to enjoy the views at this park. Note that the 75-foot waterfall, the park’s biggest draw, requires a permit to visit.

Cumberland Mountains State Park is one of the more unique spots for hiking and camping in Tennessee. This park came to be in the early 20th century as a project of then-president Roosevelt’s New Deal initiatives. This park comes in just a bit over 1,700 acres and was originally a homestead for more than 200 Tennessee families. While some remnants of its homesteading history still exist, it’s mainly used for outdoor recreation.

What Are the Top Attractions in Tennessee?

No visit to Tennessee would be complete without a stop at the King’s house. This massive complex was the home of Elvis Presley and is now a tourist attraction and memorial to his legacy.

It’s “Country Music’s Biggest Stage” and one of the most historic live music venues in the nation. Whether or not you’re a fan of Nashville’s biggest export, you can tour the historic venue, which is coming up on its 100th anniversary.

Nope, not a typo. Tennessee loves Dolly Parton, and Dolly loves Tennessee. This theme park that bears her name is a big tourist draw located right next to Great Smoky Mountains National Park. Mainly designed for families, this theme park celebrates “the best of life.” Dollywood offers a wide variety of themed rides and attractions for all ages alongside a waterpark and resort.

This historic street in downtown Memphis is steeped in the legacy of blues music. One of the most iconic streets in America, Beale Street boasts a history full of ups and downs but tied intricately to the story of Memphis.

Where’s Some of the Best Food in Tennessee?

You can’t stop into the Volunteer State and skip out on the hot chicken! It’s said that hot chicken was created by accident; the long version of the story is interesting, but the short version is that it was created as a punishment for a cheating boyfriend. Instead of a punishment, though, the spicy chicken recipe ended up being a hit and is now a pinnacle of Nashville’s culinary scene.

This historic building has been given a modern twist, but the traditional Italian recipes haven’t been retooled. If you’re looking for the best Italian pasta and pizza in Tennessee, look no further.

This fine dining spot combines the experience of high-class dinner and the culture of Southwest Tennessee. The cuisine is a modern American style, but the unique cocktail list is what keeps people coming back.

This just sounds like a homey, comfort food spot, and it delivers. No tricks here, just classic Southern fares served in a family-style setting. No matter how far you traveled to get here, you’ll feel like you’re at home.

While Tennessee is home to some of music’s greatest legends and biggest stages, the outdoors are easily the headliner of this show. Camping in Tennessee offers visitors a wide variety of locations and views, from waterfalls, to dense forests, to boulders that’ll make any outdoor enthusiast want to hit the road!