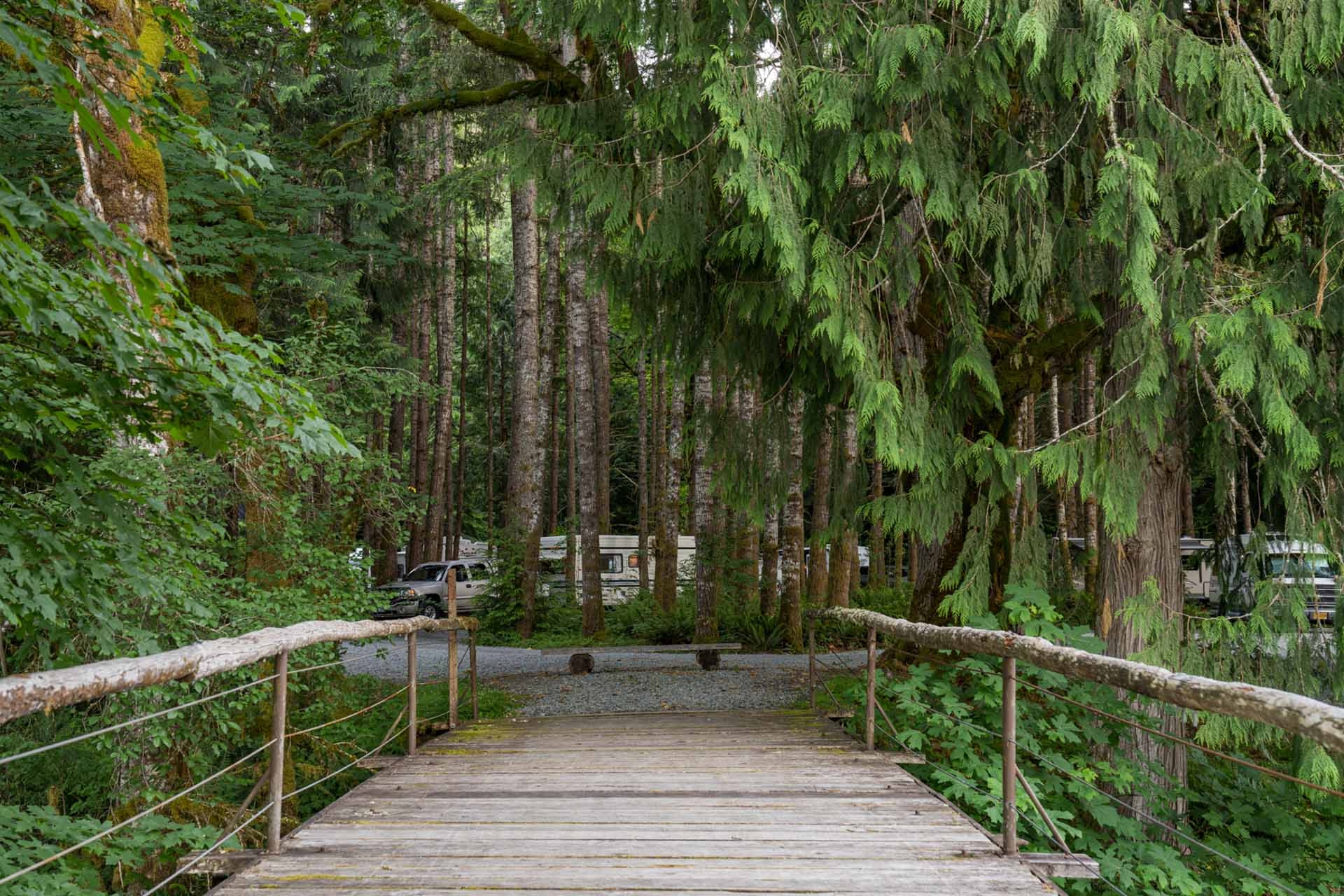 The Best Camping in Washington

Whether you’re set on a waterfront adventure or whether you’re craving dramatic mountain views, camping in Washington offers a wide variety of gorgeous sights and exciting adventures. Browse this list of Washington campgrounds to start planning your trip to the Evergreen State!

Washington is widely regarded as a state packed with natural beauty, and it’s no wonder why. Between Mount Rainier, North Cascades National Park, and the Hoh Rainforest, the variety of landscapes and the breathtaking views are undeniable. Camping in Washington promises an ideal mixture of picture-perfect vistas and unique adventures.

The Pacific Northwest is home to some of the best year-round adventures, and Washington makes a case for being the best summer destination of the region. Camping in Washington, especially in groups, is so much fun during the long summer days. With cool summer temperatures west of the Cascades, camping in Washington can be comfortable and rewarding in any season!

What’s the Best Time of Year to Go Camping in Washington?

The answer breaks down into two categories—whether you’re west or east of the Cascade Mountain Range.

Generally, if you’re west of the Cascades, the traditional camping season applies. If you don’t mind the crowds, late spring to early fall brings good weather. During the summer months, you’ll be able to take advantage of long summer days, especially as you get nearer to the Canadian border. When camping in Washington, most of the best sites are west of the Cascades and attract more crowds.

If you’re east of the Cascades, the summer temperatures tend to be warmer, and fall is a more ideal time to camp. If you don’t mind the heat, camping in the east can probably help you avoid some of the crowds heading to Washington during the warmer months.

Regardless of where you are, any mountain range may still have snow at higher elevations into the summer, so plan accordingly when camping in Washington.

What Are the Top Outdoor Activities in Washington?

Washington is really an outdoor playground, on par with all of the Pacific Northwest. The end section of the Pacific Coast Trail brings hikers from all over, but that isn’t all that’s going on here. Camping in Washington is a special experience, but you can also have a great time paddle boarding, kayaking, and trail running.

If you want to paddleboard, head for Lake Crescent and its expansive views and comfortable temperatures. While you’re there, Olympic National Park has ample trails to run and hike.

What Are the National Parks in Washington?

While Washington has a robust outdoor culture and more than 200 state parks, it’s actually home to only three national parks spread throughout the state.

Olympic National Park is routinely one of the most visited national parks in the U.S. This massive park offers some of the absolute best sites for camping in Washington and is not to be missed.

Unlike many national parks, there’s no main road directly through the heart of the park, so you have to drive around the Olympic Peninsula to navigate the park. While getting from place to place takes longer, the peninsula is beautiful and makes the drive easy. You want to spend at least a few days here to appreciate this Washington national park properly.

Mount Rainier National Park boasts one of the best hikes in Washington: the Wonderland Trail. At just under 100 miles, this Washington outdoor activity is a great start for the avid hiker looking to try out a shorter thru-hike. Note that this hike is quite strenuous, so be sure you’re adequately prepared if you want to try it out.

Like Washington state itself, Mount Rainier is diverse and offers multiple options, from temperate forests to subalpine meadows to hiking Mount Rainier.

North Cascades is the middle child of Washington national parks, but you can use that to your advantage. This park doesn’t get nearly the foot traffic that the other two do but still offers the incredible views that Washington is known for.

This is the place to go if you’re a seasoned adventurer looking to head into the wilderness for solitude. If you’re a beginner, you’ll find that even the simpler, more beginner-friendly trails are much less crowded than those at Olympic and Mount Rainier.

What Are Some of the Most Popular State Parks in Washington?

Of all 200+ state parks in Washington, Deception Pass State Park stands alone as the most visited in the entire system. With connections to popular Whidbey Island, visitors are never in short supply. The park itself is filled with beautiful scenery and is only about two hours from Seattle.

Gingko Petrified Forest State Park reminds you of just how many ecosystems exist in Washington and all the adventures that can be had here.

If you’re looking for unique camping in Washington, check out the adjacent Wanapum Recreation area, where you’ll find campsites and a boat ramp. If you’re just there for a day, the interpretive center holds fascinating information about how the petrified forest came to be.

Palouse Falls is a gem in the eastern part of Washington, famous for its stunning colors and waterfalls. If you’re an artist, this has to be on your bucket list while camping in Washington. You’ll be treated to otherworldly sunrise colors when you get out of your tent. From there, it’s easy to enjoy some of the best hiking this remote Washington state park has to offer.

This central Washington state park offers vast expanses of waterfront, perfect for watersports enthusiasts. While the park itself isn’t as large as many other Washington state parks, you’ll still have ample opportunities to hike and camp. Should you want to try winter camping, the restrooms and shelters are heated in the colder months.

What Are the Top Attractions in Washington?

This is the most iconic part of Seattle’s skyline and deserves a visit, even if it is touristy. If you want to get some of the best views that aren’t in a Washington national park or state park, the Space Needle is the place to go.

The Space Needle might be the most iconic part of the Washington skyline, but Pike Place is the biggest tourist draw. With the lively market and the famous first Starbucks (hence the name of their signature roast), it’s easy to spend an afternoon exploring all the local area has to offer.

Leavenworth is an experience unlike anything else in Washington. This stop in the Cascade Mountains is a Bavarian-styled village and transports you to another time period. While plenty of fun in the summer, winter in this little town is a special experience that seemingly transports you into a Christmas movie.

Yep, there is a troll under the bridge in Seattle. You might’ve seen it on Instagram. This giant troll sculpture has brought Seattle tourists under the Aurora Bridge since 1989. When the local arts council launched a competition to improve the area below the Aurora Bridge, sculptor Steve Badanes won and created the fairy tale troll who’s guarded the bridge ever since.

Where’s Some of the Best Food in Washington?

If you’re visiting Seattle, there’s virtually a guarantee you’re stopping into Pike Place. While you’re there, head next door and find some of the best sushi in the state. While it’s not cheap, Chef Shiro Kashiba (yes, the name of the restaurant is eponymous) curates some of the highest-quality sushi dishes you’ll ever enjoy.

Summit House is crafted in the style of a lodge because, well, it’s on a mountain. With views of Mt. Rainier, Summit House has better views than almost any restaurant in all of Washington state. You aren’t just paying for the ambience either; the simple menu of traditional American fares routinely pleases patrons.

This quirky little town in Northwestern Washington (pronounced “skwim” if you’re playing along at home) is home to a hidden gem. This bistro offers wood-fired pizza and high-quality entrees in unassuming digs right in the heart of Sequim, Washington.

If you have the time to visit Leavenworth, you have to make a stop in Munchen Haus for traditional German fares and a selection of craft beer in a Bavarian-themed ambience. If you really want to lean in, order a beer from their German tap list.

While Washington gets a bad rap for its rain (which isn’t entirely unfair), it’s also a place filled with sunshine, good weather, and long summer days. While you can enjoy your trip to Washington in a hotel or RV, there’s no better experience camping in Washington than taking your tent out and hearing the raindrops fall on the tent fly.