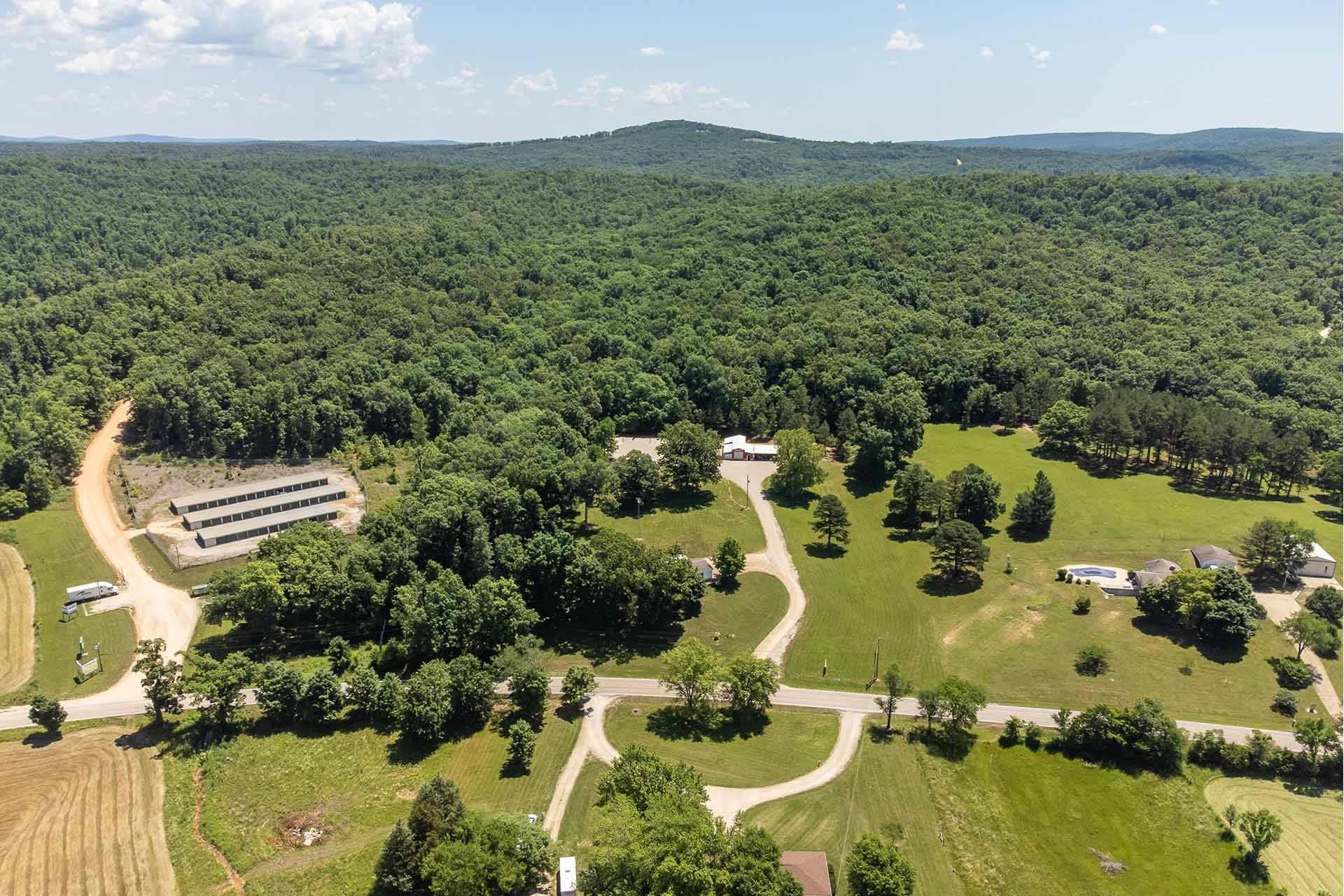 The Best Camping in Missouri

Don’t head out for camping in Missouri without a plan to get out on the water – whether by kayak, canoe, motorboat or simply your swimming legs! Browse this list of Missouri campgrounds to start planning your waterfront getaway.

The ideal Missouri camping trip mixes equal parts water sport and cave exploration! With the larger-than-life Lake of the Ozarks and the Mississippi River, it’s hard to pass up a day of fishing or kayaking. At the same time, natural wonders like Marvel Cave, Meramec Caverns, and Onondaga Cave make underground adventuring a can’t-miss item on your itinerary when camping in Missouri!

Not just home to great barbeque, the Show Me State has its share of outdoor and historic locations worthy to be explored. Camping in Missouri is mainly located in its state parks, as most of the National Park Service (NPS) spots here preserve historic landmarks.

What’s the Best Time of Year to Go Camping in Missouri?

Camping in Missouri is most comfortable in the fall, especially from September to November. While you can go past November, late fall here can be too cold for most campers. Summers here can be fairly hot and humid, so you’re better off choosing to camp in spring if you can’t make it for fall.

What Are the Top Outdoor Activities for Missouri?

Hiking and camping in Missouri are towards the top of the list of most popular activities. In the summertime, you’ll find people out on the water or underground in the caves. Missouri is also nicknamed the Cave State for its roughly 7,500 caves, though the moniker isn’t widely used.

What Are the National Parks in Missouri?

There is a national park in Missouri, though it’s a less traditional one. Most of the NPS sites in the Show Me State center around the history of westward expansion in the 19th century.

Yep, this is actually a national park. Just like the Statue of Liberty, while it doesn’t seem like a traditional park, it is run by the NPS. Gateway Arch National Park is a great spot to learn about the history of St. Louis and the surrounding areas, but it’s not exactly the ideal spot for camping in Missouri. If you’re already planning to see the arch, stop in and learn a bit about the park while you’re here.

The Pony Express is one of the most interesting parts of American history. While it enjoys an outsized seat in American memory, it was only around for about a year and a half. While it ultimately ended up succumbing to faster means of communication, the Pony Express, with its roots in St. Joseph, Missouri, is a fascinating bit of history (and trail) nonetheless. Again, not the best choice for camping in Missouri, though.

Now we’re starting to get into some good options for camping in Missouri. This National Scenic Riverway offers both established camping and opportunistic camping. If you’re not familiar with the latter of those two options, the general idea is that visitors floating down the river can set up on unoccupied gravel bars as long as they meet the requirements.

This national monument in Diamond, Missouri, preserves the legacy of scientist, humanitarian, and “plant doctor” George Washington Carver. Carver had his own secret garden from a young age and went on to become one of the most influential scientists of the 20th century. You can still get your steps in as well, since this national monument also preserves 140 acres of tallgrass prairie.

What Are Some of the Most Popular State Parks in Missouri?

Of all the parks in the Missouri state park system, Castlewood is one of the best spots for mountain bikers. This recreation area spans more than 1,800 acres and also offers great hiking and fishing.

The biggest draw of this state park is its geological wonders. With natural bridges, caves, and bluffs, Ha Ha Tonka State Park is an outdoor marvel. Not only will hikers and photographers love a trip here, but it also offers some of the best options for group camping in Missouri.

Proximity to Branson makes this one of the more popular state parks in Missouri. Seriously, Branson is a popular and growing destination, mainly for its live entertainment and parks. For those looking to get out onto the water, you can rent all manner of equipment at the marina, from paddleboards to ski boats.

Yeah, it’s exactly what it sounds like: a park with really big rocks. Okay, that’s probably underselling how cool Elephant Rocks State Park is, but still. These rocks are made from granite that’s over a billion years old and truly look like a lineup of circus elephants. This is an ideal day trip, but the lack of campgrounds means it isn’t an option for camping in Missouri.

What Are the Top Attractions in Missouri?

Who said museums have to be boring? We aren’t saying that, but some people are. Regardless of how you feel, City Museum is an experience unlike any other. City Museum took repurposed architectural and industrial objects to make a uniquely interactive museum experience. You can get a full workout here, climbing through mazes and crawling through exhibits. If you’re unsure which building it is, look for the giant bus hanging off the roof.

The Nelson-Atkins Museum of Art

Prefer your museums to not have a bus on the roof? Fair enough. If you’re looking for a more traditional museum experience, Nelson-Atkins is probably more your speed. With a rotating set of exhibits that tell the stories of art throughout the world’s history, there’s always something new to discover here.

Busch Stadium, home to the St. Louis Cardinals, is an institution. The hometown MLB team has been here since 1882! Only the Atlanta Braves and Chicago Cubs are older, and not by much. Whether you’re a baseball fan or not, taking in a Cardinals game is one of the most enjoyable warm-weather activities in St. Louis.

We mentioned Branson earlier, but now we’re giving it an extended explanation. This little Ozark town is a major destination for tourists and caters well to travelers. The nice thing about this town of 12,000 is there’s something to do all year round. It’s a great basecamp for outdoor adventure when the weather is warm and a magical holiday destination when the days get colder.

Where’s Some of the Best Food in Missouri?

The Boathouse is a local institution and a piece of St. Louis history. While it hasn’t been continuously operated, dining on the banks of Post-Dispatch Lake has been around since the late 19th century. In modern times, The Boathouse was reestablished so diners could continue that waterfront tradition in a casual setting.

There are few, if any, restaurants in Missouri with better views. The lodge-style restaurant is at the top of Big Cedar Lodge, a wilderness resort and getaway. It offers generally upscale New-American fare, but only for dinner and Sunday brunch.

Made in the spirit of the classic English pub, 44 Stone is an American version in gastropub form. While unassuming, this unique spot makes you feel at home, always offering plenty of on-tap choices to go with its diverse menu of mainly American and English offerings.

This is technically a chain, but it only has three total locations, with two in Missouri and one in Foley, Alabama. The initial Lambert’s Café, though, is found in Sikeston. Opened in the spring of 1942, Lamberts is actually on its fourth Sikeston location, as popularity keeps growing.

What sets Lamberts apart, you ask? Well, they have a great menu, and also, they throw your rolls at you. Yep, you read it right. The home of “throwed rolls,” Lambert’s has been tossing rolls to customers since a busy night in 1976 when the founder’s son threw a roll to a customer (the customer did, in fairness, request it). The tradition stuck, so keep your head up.

While not always at the top of outdoor destination lists, Missouri is home to more than half of the Ozark Mountains, making for great outdoor adventures year-round. With a diverse landscape, camping in Missouri offers more than initially meets the eye.