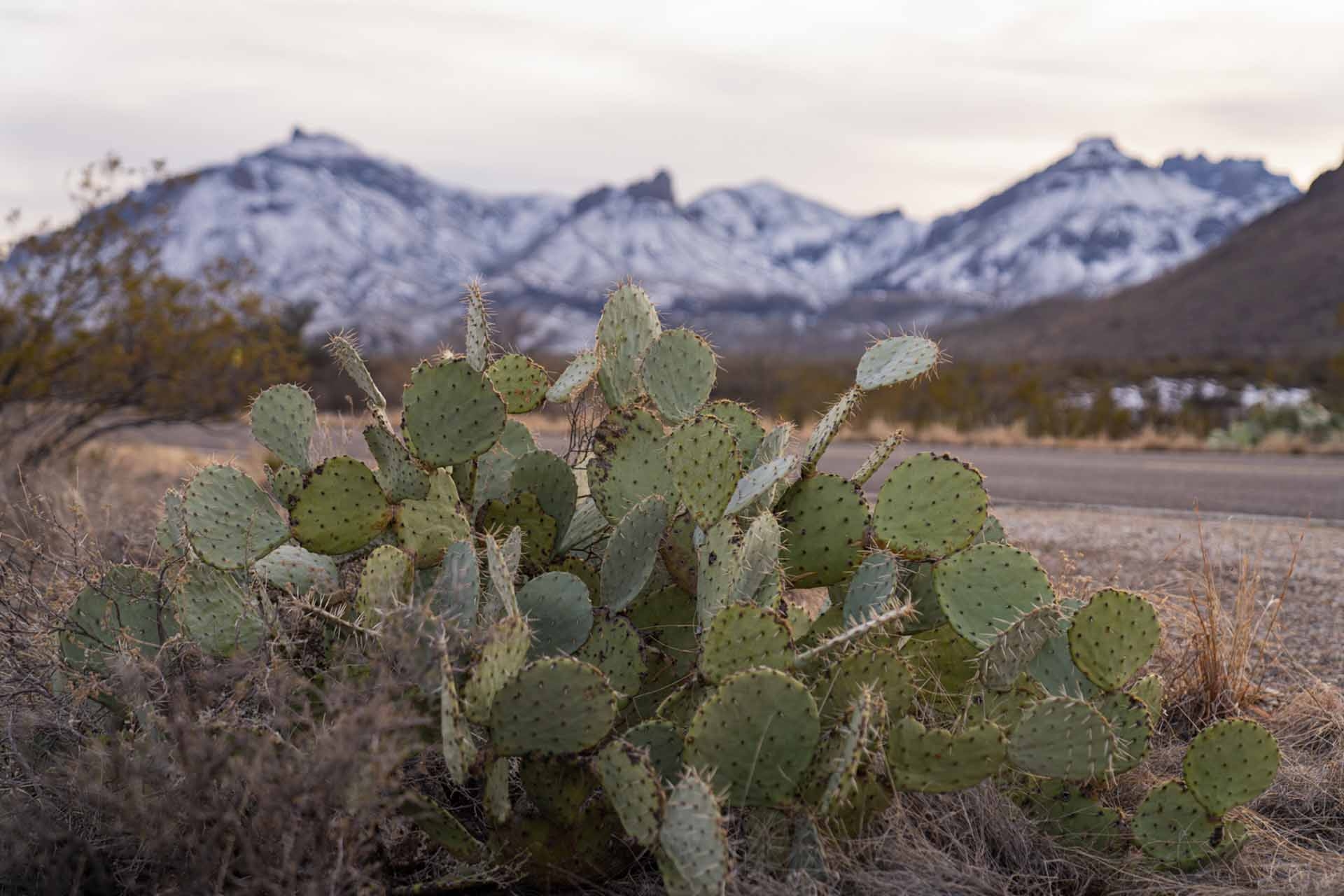 The Best Camping in Texas

Gorgeous red canyons, wildlife-rich seashores, and tranquil lakes characterize camping in Texas. Start your next adventure by browsing this list of Texas campgrounds.

From the otherworldly Caddo Lake to larger-than-life Colorado Bend State Park, the natural attractions in Texas are simply unparalleled. Water-lovers find plenty to explore between Padre Island National Seashore and watering holes like Hamilton Pool Nature Preserve, while hikers get their fill at Palo Duro Canyon and Guadalupe Mountains National Park. Choose your own adventure with a Texas camping trip!

Explore By Region and City

Texas is known for many things, but the outdoor scene isn’t usually at the top of the list. Those who are in the know, though, are aware that camping in Texas is an under-appreciated experience. As the second largest state in the country, Texas houses almost any terrain and experience you’re looking for if you're willing to make the drive.

What’s the Best Time of Year to Go Camping in Texas?

Like other states in the South and Desert Southwest, Texas summer is hot and often oppressive. Even the cities in Texas with the coolest weather year-round still see temperatures into the 90s in summer.

Camping in Texas is possible during the summer if you’re prepared. However, spring and fall are your best choices. Certain places are great to camp in during winter, but the extremes of the desert mean colder overnight temperatures than you might expect.

What Are the Top Outdoor Activities for Texas?

Texas has ample opportunities for hiking, biking, and anything on the water. If you’re visiting during the warmer months, you’ll want to spend time on lakes and oceanfront areas in the Gulf and Hill Country. While the state is often thought of as a barren desert, camping in Texas offers an incredibly diverse array of experiences, with ample sites in the desert, in the forests, and on the oceanfront.

Certain areas in Texas get quite cold in the winter, but there’s rarely any usable snow, even in the Guadalupe Mountains at more than 8,000 feet. While you might (but likely not) be able to do some skiing in certain years, don’t expect the powder here to be good enough to travel for.

What Are the National Parks in Texas?

There are only two national parks in Texas and a surprising shortage of federally managed land in general. There’s plenty of history behind this, but the short version is that it was a term of Texas’s entrance to the Union in the mid-19th century. Texas kept its public lands when it became a state, and now less than 2% of the land here is run by the federal government. Free camping in Texas is limited because of this, but it’s not impossible to find.

Big Bend is the (lone) star of hiking and camping in Texas. Campers tend to flock here starting in the fall as the weather cools down from the sweltering summer heat. Fall is the best time to visit this Texas national park by far.

Winter is a decent time to come, but expect the overnight temperatures to drop into the 30s with decent regularity. Spring brings the wildflowers and visitors on vacation, so expect extra crowds during the week of spring break.

Guadalupe Mountains National Park doesn’t get the recognition of its older brother but is truly a sight to behold. If you’re looking to test your fitness, the Guadalupe Mountain Range gets up well over 8,000 feet of elevation. The range's crown jewel is El Capitan Peak (no, not that El Capitan). While Alex Honnold isn’t filming a movie here, it’s still worth the hike if you can handle it.

Like many things in Texas, this national forest sports the name of Texas historical figure Sam Houston. Just outside of Sam Houston’s final resting place is this 160,000-acre section of forest in South Texas.

Located within driving distance of Houston itself, travelers who stop in Houston can enjoy some of the best camping in the eastern half of the state here. If you’re looking for free camping in Texas, national forests are your best bet, with Wildlife Management Areas being a close second.

Located near Nacogdoches (pronounced “na-kuh-DOW-chuhs,” if you were wondering), the oldest city in Texas, is the Angelina National Forest. If you want to visit the national forests of Texas, this is the perfect stop since it’s right next to the Davy Crockett National Forest.

The Piney Woods region of East Texas doesn’t always get the love it deserves. If you want to properly appreciate the Texas outdoor scene, you’ll see just how green this state can be by traveling east.

What Are Some of the Most Popular State Parks in Texas?

Don’t get this Texas state park confused with Big Bend National Park. While they’re in the same area, Big Bend Ranch is operated by the state and offers a much more rugged experience for those wanting primitive camping in Texas—meaning camping without man-made structures and amenities like bathrooms, trash cans, and tables. There are almost no paved roads in the park, and all camping is primitive. If you want to feel like an old-time cowboy without actually working on a ranch, you can always cowboy camp in Big Bend Ranch State Park.

Palo Duro Canyon holds some of the most incredible colors in all of Texas. Those who love the color palette of desertscapes will not be disappointed here. Located just south of Amarillo in the Texas Panhandle, Palo Duro Canyon State Park has been called the “Grand Canyon of Texas.” This is the second largest state park in Texas, just behind Big Bend, and features 30 miles of multi-use trails.

The Guadalupe River is one of the hallmarks of Texas. If you’re looking to spend a day on the river, the Guadalupe River has ample opportunities for watersports and relaxation. When you’re ready to head into the city, you’ll be less than an hour from San Antonio.

There are few spots (if any) for camping in Texas more unique than this. Want to walk in the footsteps of the dinosaurs? If you didn’t before, you probably do now! Dinosaur Valley is one of the most unique parks in the Texas State Park system. While there are plenty of hiking and camping opportunities, the dinosaur history is easily the biggest draw to the park and perfect for family trips.

What Are the Top Attractions in Texas?

The River Walk is a must if you drive from Guadalupe River State Park to San Antonio. This is easily the most identifiable feature of San Antonio, and you’ll find plenty of fellow travelers there. In terms of visitation numbers, this outdoor park is the most popular attraction in the entire state!

If you’ve ever met a Texan, they’ve probably brought up the Alamo at least once. Okay, probably not, but still. The Alamo is one of the most prominent Texas historic sites and the most well-remembered part of the Texas Revolution. This former Spanish mission is continually being restored and offers a glimpse into the state's history.

You won’t have any problems when you visit this science museum (see what we did there?). This is the official visitor center of Houston’s NASA site and has been a Smithsonian Affiliate Museum for almost 10 years. A general admission ticket gives you access to various exhibits for budding science enthusiasts.

Ever wanted to get up close and personal with a longhorn? While you’ll need to keep your distance, the Stockyards is a major tourist attraction where the longhorns are walked down the street as visitors take photos from the sidewalk. While there, you’ll have lots of options for food and souvenirs of this long-standing Texas tradition.

Where’s Some of the Best Food in Texas?

There’s more to Texas than steak and barbecue (but you have to have both while you’re here).

Cattlemen’s has been around since the late 1940s and is a hallmark of the Fort Worth Stockyards. If you’re already visiting the Stockyards, plan to stop here. They’ve been making steaks the same way for well over half a century, so they’ve gotta be doing something right!

There’s just something very Austin about a New American-style restaurant called Odd Duck. Do with that information what you will, but the food here is incredible. All locally sourced (you can see which farms they frequent on the website), these fresh takes on classics draw crowds and fit perfectly in the Austin food scene.

Even if you’re from Southern California, you have to try Tex-Mex before you leave. No matter your opinions on where the best Mexican food is made, you can’t deny that Panchito’s is doing something special.

That isn’t hyperbole in the name. This joint in East Texas is famous in the barbecue scene. The digs here are unfussy (and so is everything else). All they do here is make top-notch barbecue, and we wouldn’t have it any other way.

Camping in Texas is a whole lot more than throwing down your blanket roll on the desert floor and sleeping under the stars. While you can definitely do that, Texas has a large variety of camping offerings that match the state's size. Whether you want to see the desert sunrise or enjoy a quiet trip to the forest, camping in Texas is the answer.